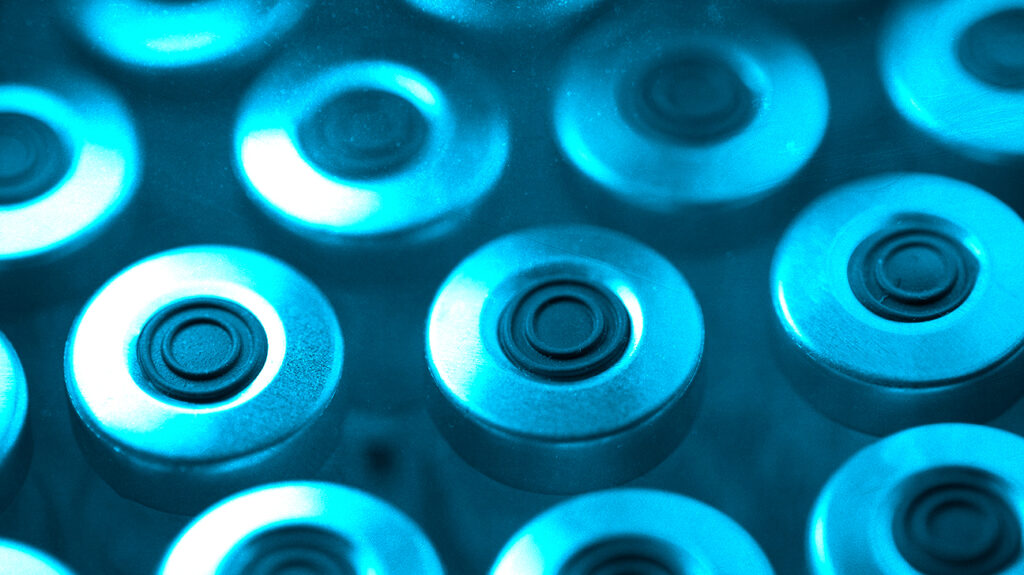 This inequitable distribution is, at least partly, due to the limited supply of vaccines and the stockpiling of vaccines by rich nations.

With the successful vaccination of a substantial proportion of the population in wealthier countries, the supply and distribution of vaccines to middle and low income nations are improving.

Stay informed with live updates on the current COVID-19 outbreak and visit our coronavirus hub for more advice on prevention and treatment.

However, despite the increase in the supply of the vaccines that provide a high degree of protection against COVID-19, the vaccines do have limitations.

All of these, except the Johnson & Johnson vaccine, involve a two-dose regimen, and many of them require storage at cold or ultracold temperatures.

The finite global manufacturing capacity and the lack of the necessary cold storage infrastructure in low income countries are some of the major challenges impeding the global supply and availability of vaccines.

This, along with the emergence of new SARS-CoV-2 variants and the uncertainty about the duration of protection the currently available vaccines provide, suggests the need for new, durable, and easily deployable vaccines.

To address these concerns, a group of researchers is developing a vaccine candidate using an AAV as a vector.

Authors of a recent study, which appears in the journal Cell Host & Microbe, found that a single dose of a vaccine candidate AAVCOVID-1 (AC1) elicited an immune response against SARS-CoV-2 for at least 11 months in macaques. The vaccine candidate was also stable at room temperature for 1 month and produced an immune response against current variants of concern.

“COVID-19 is a continued global health concern for which a number of highly effective vaccines are available to mitigate the pandemic. The data on our experimental vaccine shows that it has the potential to address two of the remaining concerns that prevent effective management of the situation.”

“First, vaccines need to be available for effective deployment worldwide: our data indicates AAVCOVID to be a single-dose vaccine with room-temperature stability to facilitate vaccine campaigns effectively. Second,” Dr. Vandenberghe continued, “our animal data indicates a durability of the immune response that is generally thought to be leading to protection from disease.”

Viral vector vaccines involve the use of a harmless virus, such as an adenovirus or AAV, distinct from the target SARS-CoV-2 virus, to deliver specific genes to human cells.

Upon introduction into the human body, the viral vector’s protein shell, known as the capsid, fuses with human cells and delivers into them the genetic material.

The genetic material encoding a protein, such as the SARS-CoV-2 spike (S) protein, is then expressed by human cells. The expression of the spike protein by cells in the human body results in an immune response involving the generation of neutralizing antibodies and the activation of T cells.

Upon exposure to SARS-CoV-2, these neutralizing antibodies bind to the coronavirus and prevent it from binding to and entering the host cells.

While some SARS-CoV-2 variants are able to partially escape neutralizing antibodies produced upon vaccination, the presence of a robust T cell response in vaccinated individuals against these variants can prevent severe disease.

Authors of the present study started with two viral vector vaccine candidates, AC1 and AAVCOVID-3 (AC3), that encode either the entire SARS-CoV-2 spike protein or part of it. The spike protein binds to the receptors on cells in the human body and facilitates the entry of the virus into the cell.

The repetitive use of the same or similar vectors can lead to a larger immune response against the vector and can thus prevent the use of the same vector for gene therapy after vaccination.

Conversely, using a vaccine vector recognized by the immune system would result in a stronger immune response to the capsid rather than the SARS-CoV-2 spike protein, reducing the vaccine’s efficacy.

The researchers initially tested the vaccine candidates’ ability to produce the desired immune response by administering the AAVCOVID vectors to mice.

To further compare the efficacy of AC1 and AC3, the researchers gave a single intramuscular dose of one of the vaccine candidates to macaques and regularly monitored the production of neutralizing antibodies for 11 months in the animals.

Significantly, neutralizing antibodies remained at peak levels after 11 months following immunization with the AC1 vaccine candidate. In addition, T cell responses peaked 10 weeks after immunization with AC1 and AC3 and were sustained until at least 11 months.

The researchers chose the AC1 vaccine candidate for further investigation due to its superior results in mice and macaques.

Ability to protect against SARS-CoV-2 infection

To evaluate the protective effects of the AC1 vaccine candidate against SARS-CoV-2 infection, the scientists delivered an intramuscular injection of either AC1 or vehicle to six cynomolgus macaques.

The macaques in both groups were then challenged with SARS-CoV-2 9.5 weeks after the intramuscular injection.

The viral challenge led to a SARS-CoV-2 infection in the vehicle-treated macaques, with high levels of the virus and viral replication in the upper and lower respiratory tract.

In contrast, immunization with the AC1 vaccine candidate resulted in nearly complete inhibition of viral replication in the upper and lower respiratory tract.

Confirming these results, animals in the control group, but not in the AC1-immunized group, showed activation of the lung lymph nodes, suggesting an inflammatory response to the SARS-CoV-2 infection.

These data show that a single dose of AC1 was effective at protecting macaques against a SARS-CoV-2 infection.

Using serum samples collected from the macaques to perform a neutralization assay in the laboratory, the researchers found that immunization with AC1 led to the production of neutralizing antibodies against the wild-type SARS-CoV-2 spike protein. This explains, in part, the protective effects of AC1 against the viral challenge.

Administration of the AAV vector can also lead to an immune response to the capsid. This can interfere with the ability to use the AAV vector for gene therapy or to deliver a booster or similar vaccine involving the vector.

Consequently, the researchers examined the immune response to the capsid encoded by the AC1 viral vector and other vectors commonly used in gene therapy.

The researchers also evaluated the safety of the vaccine candidate by investigating the duration and distribution pattern of the AAV vector DNA and RNA in various organs in mice.

The levels of the AAV vector DNA copies and the mRNA produced by the vector in the injected muscle peaked at 1 week after injection and had reduced 10-fold by 8 weeks.

Moreover, the expression levels of the vector outside the injection site were lower than in the injected muscle after 1 week, negligible at 8 weeks, and undetectable by 16 weeks.

The data showing that the expression of the AAV vector was mostly confined to the injection site suggest that the inflammatory response after vaccination would be less likely to impact other organs.

The gradual decline in the AAV vector expression levels, compared with mRNA vaccines, may explain the ability of a single dose of AC1 to produce an immune response for at least 11 months after immunization.

However, the longer duration of expression of the spike protein by the AC1 vector may result in desensitization of the immune response to SARS-CoV-2.

That is why the mice that had received a single dose of AC1 were boosted with a different AAV vector also expressing the SARS-CoV-2 spike protein after 24 weeks. The booster vector resulted in a level of neutralizing antibodies against the spike protein that was similar to the level the initial dose of AC1 produced.

This shows that the gradual decline in AC1 expression levels did not desensitize the immune response to the SARS-CoV-2 spike protein.

The researchers also evaluated the ability to produce the AC1 vaccine on a large scale and the stability of AC1 at various temperatures. They found that it is possible to scale up the AC1 production using established manufacturing processes.

Significantly, AC1 was stable and active at room temperature for 1 month and at 39.2°F (4℃) for at least 3 months.

Speaking with MNT, Dr. Hildegund Ertl, a professor at the Wistar Institute Vaccine & Immunotherapy Center in Philadelphia, PA, who was not involved in the research, noted:

“Obviously, the concern, as always, is that this is a new platform, and this platform has not been tested in humans. [We do not know] if it will perform in humans the same way as it performs in animals. In other words, is this vector going to be immunogenic in humans? We don’t know that.”

Dr. Ertl also pointed out that the dose of the AAVCOVID vector used in the study was much higher than the amount of vector in adenovirus vector vaccines, such as the Johnson & Johnson vaccine. She said, “And that may not affect reactogenicity for AAV vectors, as they are very well tolerated, but it could have an effect on the cost of the vector.”

Experts have associated currently approved adenovirus vaccines with rare cases of fatal side effects involving blood clots. Although the reason for these side effects has not been established, one of the potential causes includes the SARS-CoV-2 spike protein encoded by the adenovirus vector.

Dr. Ertl cautioned that while scientists are yet to establish this link, the relatively higher amounts of the AAVCOVID vector in the dose used in the study could heighten the levels of spike proteins, potentially producing side effects.

The study authors acknowledge that additional animal and human studies are necessary to establish the safety and efficacy of the AAVCOVID vaccine candidate. They note that “dose-finding studies are required to further gauge safety, efficacy, gender differences, cost, and scalability aspects of this vaccine technology.”

Dr. Vandenberghe said, “Subsequent research is focusing on clinical development for COVID-19 and deeper characterization and optimization of the AAV vaccine platform for other infectious diseases.”

For live updates on the latest developments regarding the novel coronavirus and COVID-19, click here.

COVID-19 vaccine: Are boys at an increased risk of heart inflammation?
Although the currently available COVID-19 vaccines are highly effective, limited manufacturing capacity and the
0

Atherosclerosis present in 42% of adults without heart disease
Although the currently available COVID-19 vaccines are highly effective, limited manufacturing capacity and the
0
Effective medicines